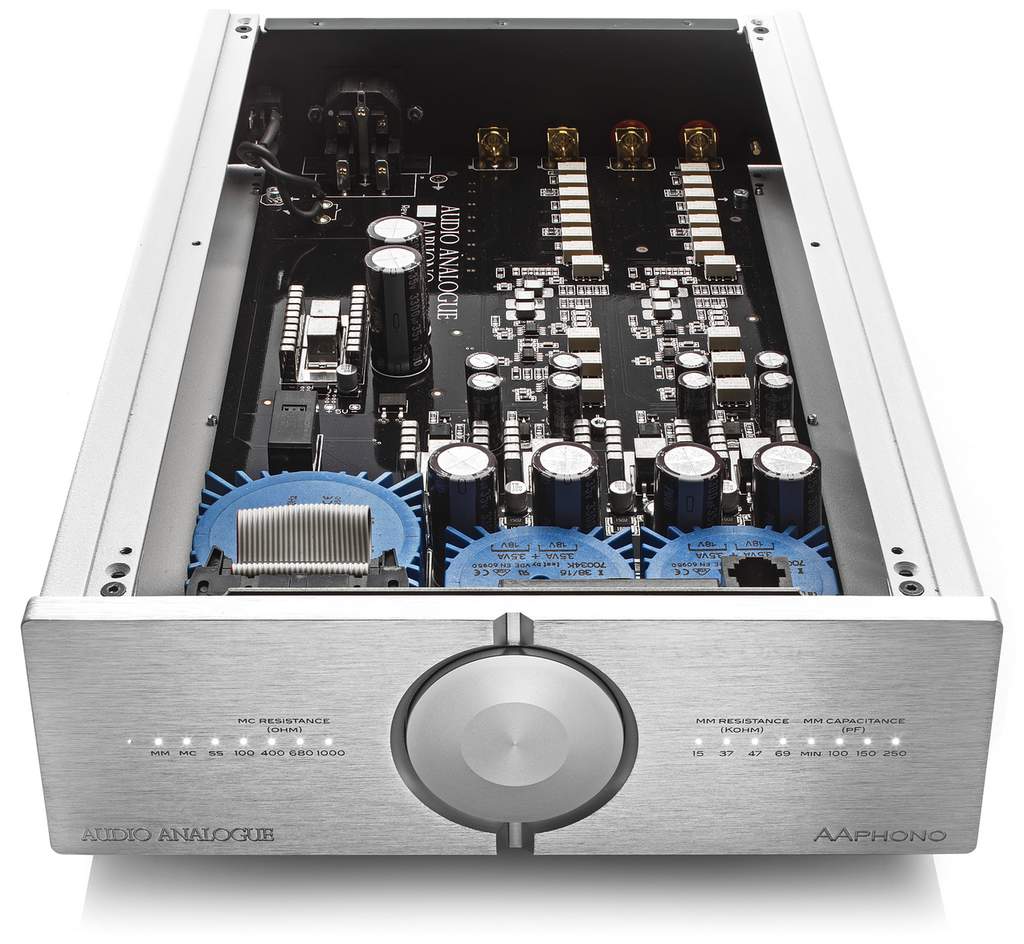 The new AAphono preamplifier is the latest product of PureAA line. Just like the AAcento amplifier, it is a product that perfectly fits in the Audio Analogue philosophy: simple design, highest level sound performances, great care for the finish and for the materials and parts selection, together with a remarkable ease of use

AAphono has been developed starting by a double operational amplifier configuration that permits to share the total gain between the two amplifiers having in this way a more precise RIAA response. A big effort was made to obtain a good result in this parameter using high quality and low tolerance components used in parallel configuration in order to uniform errors. In order to cancel eventual LP's fluctuations a subsonic filter has been added between first and second amplifiers to avoid that strong low frequency oscillations would saturate the gain stages. The circuit design has been completed with an offset recover in the last stage and multiple filters in the power supply stage. There are three different toroidal transfomers to supply digital section and left and right analog sections, keeping ground connections separated. All passive components have been carefully selected. Capacitors used for RIAA curve equalization are all plastic film with low tolerance. AAphono is very versatile and simple to use. For MM cartridges it is possible to set the input's capacitance and resistance, while for MC cartridges, it is possible to set input's resistance. These regulations can be easily done simply pushing the corresponding buttons under the unit, just behind the front panel, without removing anything or without using many different switches. The selected configuration will remain settled also when the unit will be switched off or disconnected by the power network.