Heretic AD614 speakers are now on display at Fidelis 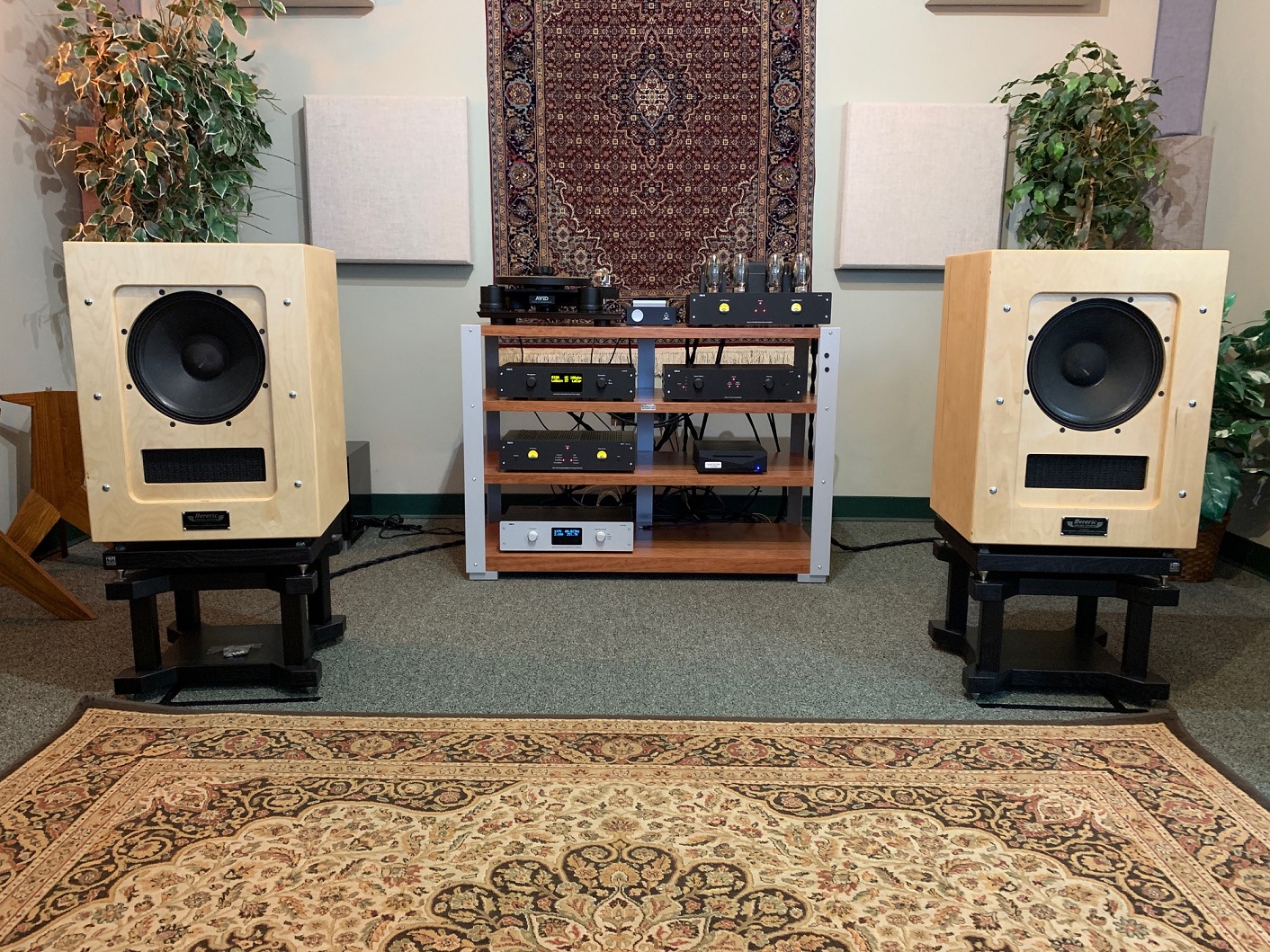 The new Heretic AD614 is hot off the press and on display at Fidelis. After garnering a ton of positive commentary at the recent Axpona show in Chicago, and a stellar review from Jeff Dorgay at Tone Publications, we are very much enjoying this unique looking/sounding speaker from north of the border in Canada - stop by and give them a listen!

Based on an Altec-Lansing model used by recording studios in the 1960's (think Abby Road & The Beatles). Please see the following comments from Robert, the speakers designer -

"A couple of things may be of interest to your readers, and I will let you decide if pertinent or not as I may get a bit too arcane :)

First thing, the ductless design.  Thiele/Small parameters are used to predict and accurately simulate low frequency behavior of transducers in closed and vented box. These days, all designers (including me) use software simulation in the development of loudspeaker enclosures.

However, T/S parameters were derived in the 1970s, meaning that Altec designers, when designing the 614 and 612 (1940 something) « utility cabinets » , which are ported, used another method to calculate vent area relative to enclosure volume. I found this fascinating, and decided 3 years ago to investigate, out of curiosity, what was happening.

First thing, nowadays, we all want the best possible low frequency extension in the smallest air volume and most contemporary speakers use vented boxes with transducers designed especially for this. This is usually a tube in a box, and by adjusting area and length (along with enclosure volumes and transducer's T/S parameters), the box is tuned to « load » the transducer at the lowest possible frequency. Loading happens when the air in the box opposes the cone motion, and at this point (the tuning frequency), the cone motion is nil and vent output is maximal. Below that frequency, the driver is unloaded, moves a lot, yet produces no sound, because the air pressure just escapes the port, out of phase with the driver, creating an acoustic short-circuit.

In recent years, passive transducers have been used when we want to tune a box to a lower frequency that would be practical with a tube (i-e, the tube is too long to fit in the box). This means that modern drivers are made to work in small boxes and generate ample LF. And accuracy in the mid-band is often sacrificed (I’d say always) a consequence of the quest for LF, because in order to allow a small transducer to resonate at - very - low frequency, the cone must be heavy. I simplify a bit, but think of a 1973 Buick Electra hitting potholes, versus a Lotus formula car… The Buick will resonate at very low frequency - and take a long time to settle, but won’t handle as well as the Lotus. As you can guess, the Lotus is a lot stiffer.

Back to the enclosure: a vent tube is always tuned to a specific frequency, say 42 Hz.  I found out, using simulation, that a ductless vent (such as the old Altec) is not precisely tuned. In fact, it is tuned to a much broader frequency band, which is highly desirable:  no « one-note » bass.

Also, a super stiff suspension is very desirable for medium (vocal range) definition. Think Lotus. So, if you accept the notion of a big transducer, a big box and ductless designs, something interesting is possible: musicality. That is Heretic.


Second thing: co-ax design, re-invented. Older professional coax drivers such as Altec 604 (and others) use a compression driver mounted in the woofer voice coil. The downside is the compression driver, which has a large dome (usually 3 to 4 inches). In the Heretic, the dome is quite small, almost as small as a modern tweeter, yet, it is horn loaded by a short aluminum horn, itself loaded with the woofer's membrane, acting as a waveguide. Smaller dome means smaller mass, means higher resonant frequency (think Lotus), means very good extension - much better than older Altec 604 for example.


Third thing: serial crossover network. This alone is, for the designer, guaranteed headache. Because the woofer and tweeter are connected in series, the network logic is inverted. If you want to fix something in the high frequencies, you must act on the LF section. It like writing with your left hand in front of a mirror. Yet, when (and if) you get it right, it has a level of coherency not possible to achieve with normal parrallel networks used in 99% of all loudspeakers.


For me, designing Heretic was something extraordinary because it opened up a box of ideas that was shut and sealed somewhere in the 1970s, when acoustic suspension was the « in » thing. For me, performance and musicality are two sides of a same token. Along with low mass and tight handling. That’s heretic."